CEA-Leti and LSAS laboratory both belong to the CEA-Tech division of the Commissariat à l’Energie Atomique et aux Energies Alternatives (CEA). CEA-Tech is CEA’s technological research unit, bridging the gap between the worlds of research and industry. CEA-Leti is the largest French research and technology organization specializing in micro- and nanotechnologies. Dedicated to creating value and innovation for transfer to its industrial partners, Leti’s 1,900 researchers (including 250 PhDs and post-docs) strive to make our society smarter, healthier, more sustainable and more secure. The scientific excellence and multidisciplinary expertise of its personnel are the foundation of Leti’s offer to industry. CEA-Leti is a major player of MINALOGIC, the French Competitiveness Cluster in Micro and Nanotechnologies, and the coordinator of the French Private-Public Partnership “IRT Nanoelec” (Institute of Technology Research) based in the Grenoble area

The Institut de Recherche Criminelle de la Gendarmerie Nationale is the National Forensic Laboratory for the French Gendarmerie. This force is responsible for 50% of the French population and 95% of the territory. It is part of military and is able to conduct operations anywhere anytime on homeland, overseas or on war theaters where other French forces are deployed. The laboratory conducts forensic examinations in almost every field, including medecine, balistics, toxicology, digital, explosives, DNA, fingerprints, fibers, etc. It also has a DVI unit and a CRNB capacity. The digital forensics department account for 22 full time military experts in data extraction, information analysis and cellular networks. They process evidences for high profile cases or when it requires special equipment or capabilities. They also train 300 special investigators, deployed across the territory who handle the vast majority of digital examinations.

The Bundeskriminalamt is an essential cornerstone in a comprehensive system of crime control and works as a partner with the police forces of the Federation and of the individual German states. According to the German Constitution, for the most part police jurisdiction in Germany lies with the 16 German states. However, the diversity resulting from the principle of federalism should not lead to uncoordinated activity that creates obstacles for police work. To co-ordinate crime suppression at national and international level, the BKA was established as the central office for police information and communications as well as for the German CID. 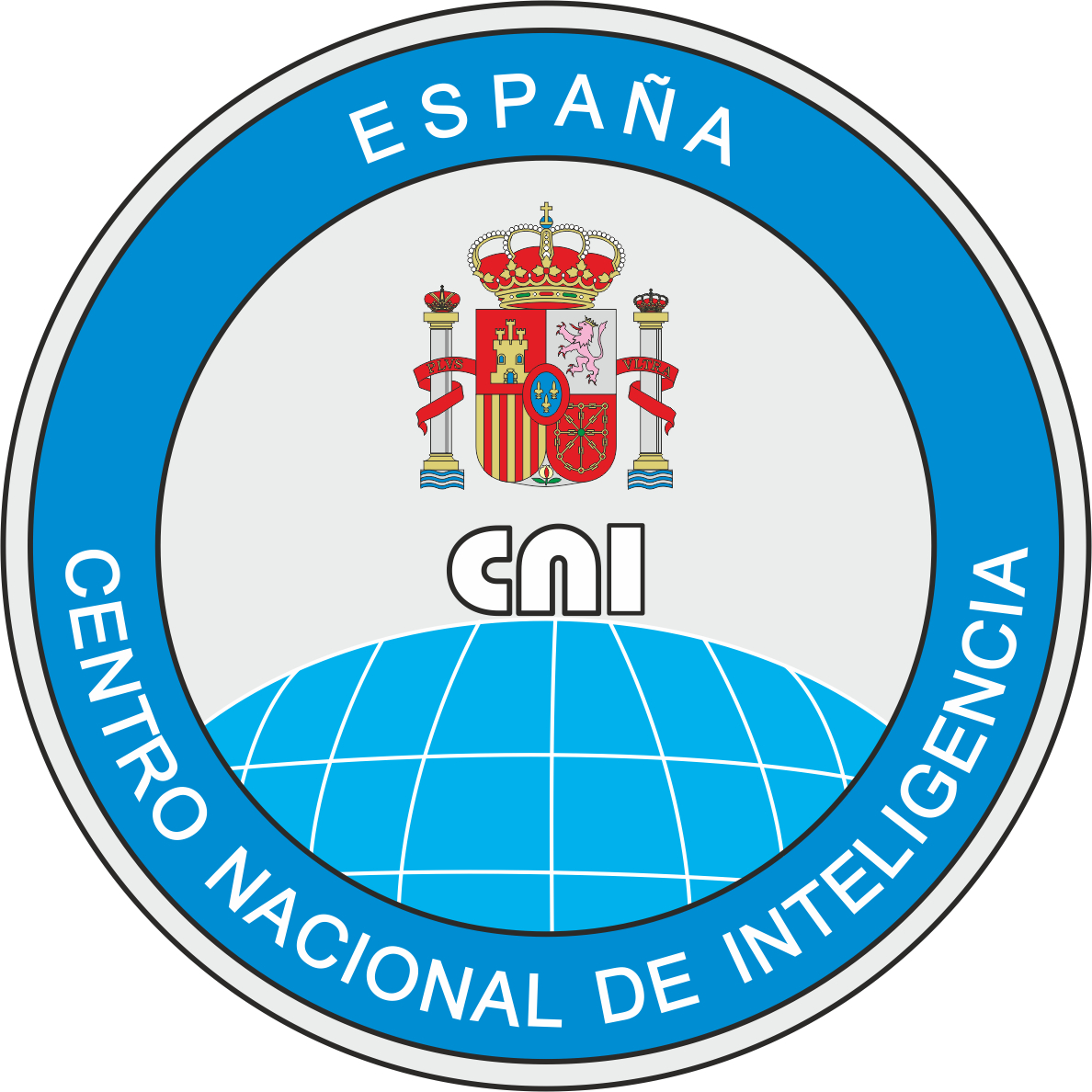 The National Intelligence Centre (CNI) is the public institution responsible for providing the Prime Minister and the Government of Spain with information, analysis, studies or proposals that enable the prevention and avoidance of any danger, threat or aggression against the independence or territorial integrity of Spain, its national interests and the stability of its institutions and the rule of law. Act 11/2002 of 6th May regulates the nature, goals, principles, structure, legal and administrative system of the Spanish National Intelligence Centre. Additionally, Organic Law 2/2002, also of 6th May, establishes a preliminary judicial control of its activities. Besides that, CNI, through CCN (National Cryptologic Centre), ensures protection from cyber-attacks on classified systems and systems belonging to Public Administrations, and to companies and organizations of strategic interest (those essential for Spanish security and economy). Its mission is to strengthen cybersecurity in Spain. CNI is also responsible of the evaluation and certification of ICT (Information and Communication Technologies) and security product.

CSIC is the largest public institution dedicated to research in Spain and the third largest in Europe. Belonging to the Spanish Ministry of Science and Innovation, its main objective is to develop and promote research that favour scientific and technological progress. Its mission is to foster, coordinate, develop and promote scientific and technological research, of a multidisciplinary nature, in order to contribute to advancing knowledge and economic, social and cultural development, as well as to train staff and advise public and private entities on this matter. CSIC plays an important role in scientific and technological Spanish policy driving its basic research to the transfer of knowledge to the productive sector. It has more than 120 institutes and a delegation in Brussels. CSIC produces more than 20% of the scientific publications in Spain. Under the 7th Framework Programme CSIC has signed 726 actions (including 45 ERC projects and 70 coordinated). Funding wise, CSIC is listed the 6th organisation in Europe in the 7th Framework Programme. In addition, CSIC presents a large participation in other European programmes as LIFE+, INTERREG, EMRP, RFCS, ERANET.In H2020 (2014-2018) CSIC has obtained 446 projects with a total EU financial contribution of 181 million euros.

The Netherlands Forensic Institute (NFI) is an agency of the Dutch ministry of Security and Justice and comes under the Directorate General Administration of Justice and Law Enforcement. The NFI provides forensic services using state-of-the-art science and technology. In a dynamic environment, dedicated professionals produce forensic analyses quickly and effectively. In this way the NFI contributes to the investigation and prosecution of suspects, and the exoneration of innocent parties. By improving the objective information position of its clients, the NFI is making a relevant contribution to the criminal justice chain. The institute comprises over thirty different forensic disciplines, which makes it unique in the Netherlands.

Royal Holloway, University of London (RHUL), is a public research university and a constituent college of the federal University of London. It has three faculties, 20 academic departments and more than 9,000 undergraduate and postgraduate students from over 100 countries. Royal Holloway is ranked in the top 30 of all UK Universities. RHUL has been awarded EU R&D contracts totalling 28 million euros in the last ten years. We have developed robust systems to host and manage EU finance, contracts, delivery and reporting. The Information Security Group (ISG) at RHUL is a world-leading interdisciplinary research group dedicated to research and education in the area of information (cyber) security. The ISG has more than 20 permanent research-active members of academic staff, a number of distinguished visiting professors and consultants, as well with as a large group of postdoctoral research assistants and a large PhD research student community. These are supported by several research assistants and a large number of research students, making the ISG one of the largest academic information security teams in the world. The ISG PhD programme currently has about 90 students, and more than a 100 students have already completed their degree. The group also offers an industrially-focused M.Sc. programme in Information Security, currently with about 150 students every year and more than 4000 alumni. The ISG was formed in 1990 with the intent of providing an academic institution which understood and collaborated with government and industry in the area of information security. The research of the ISG has a strong focus on the security of systems and technologies, including the foundations of trust and security (such as key management infrastructures, identity management, trusted computing, malware analysis and intrusion detection), and the development of secure, largescale applications and systems. Finally, the ISG is an academic member of the I-4 organisation, as well as having well-developed links to other international not-for-profit networks.

RISCURE (www.riscure.com) is an independent security testing lab specializing in the security of smart cards and embedded systems technology deployed in the telecom, banking and pay television industries. RISCURE is based in Delft (HQ, The Netherlands), San Francisco (US) and Shanghai (China), and has 120+ employees. Its customers are mostly large international organizations located in Asia, Western Europe and North America. RISCURE has the following experience and qualifications which ensure that security advice meeting the highest international standards is delivered:
• Excellent testing skills that enable them to perform a wide range of detailed tests in a short time, in particular side-channel analysis and fault injection.
• Reviewing the security of smart card and embedded technology deployed in the banking, transport, e-ID, telecom and pay TV industry.
• Development of commercial security test tools, such as Inspector and TrueCode.

Texplained offers Solutions & Services to extract data from all types of Integrated Circuits (ICs): from the very old obsolete ones, to the most recent and secure smartcards. The offer of the French company relies on its unique expertise in ICs Reverse Engineering and in-depth exploration. Based on its competence and experience, the French Company offers tools and services that are tailored for ICs data extraction:
•Texplained's Reverse Engineering software Suite – ChipJuice - allows in-depth exploration and analysis of any type of IC.
With ChipJuice, one can digitally recover the chip’s internal data, from its digital core architecture to its encrypted memories’ content.
•Thanks to its Trainings and Services, Texplained accompanies Chip Makers and Buyers as well as Governments and LEAs at every stage of their electronic devices lifecycle, from their design to their manufacturing and their obsolescence management.
Different types of Services are offered:
•Digital Forensics Activities
•Hardware Backdoor Research – Supply Chain Assessment
•Hardware Architectures Analyses
•Security Assessments
•Technology intelligence
•Digital IP infringement investigation
•Pirate devices Analysis
•Obsolete devices Recovery
•Education on semiconductors
With its unique expertise on efficient and disruptive data extraction methodologies, Texplained’s expertise on chips security applies to all types of applications:
Banking, e-Gov, IoT, Automotive, Medical, Consumer, Military, etc.

The University of Lille has been officially created on January 1st, 2018, as a result of the common desire of the three universities of Lille to build a leading European university, recognized worldwide for its research, the excellence of its education and its innovative lifelong training. The ULille is a multidisciplinary university, covering 4 training areas: Sciences and Technologies; Life Sciences and Health; Arts, Literature, Languages, Human and Social Sciences; Law, Economics and Management. Research plays an essential role at ULille, which enjoys strong ties with leading bodies such as CNRS, INSERM, INRIA, Pasteur Lille and Lille University Hospital. The ULille policies aim to reinforce the inter-disciplinary research, in line with major social issues, knowledge transfer and public-private partnership. Key figures: 67000 students; more than 520 degree diploma in Science, Technology, Engineering, Law, Health, Economics, Management, Languages, Human and Social Sciences, including 24 degrees fully taught in English; more than 40 research units; 3300 lecturers and researchers; 350 tenured and post-doctoral researchers; 11 ERC grantees; 2000 Doctoral Researchers, 6 Doctoral Schools; over 3000 scientific publications each year. ULille has been involved in more than 100 European research projects.

CYBER INTELLIGENCE S.L. is a Spanish experienced company specialized in research of Information System vulnerabilities. Moreover, we develop specialised real time programming components for embedded systems and perform security audits. We have a fruitful relationship with CNI. Cyber Intellegence leads WP3 and contributes to tasks 3.1 and 3.4. We are the main developers of the toolbox that is used later on task 3.4 in a feedback loop between task 3.1 and 3.4.

The National Criminal Investigation Service (NCIS) is organised under the National Police Directorate which is the highest police authority in Norway. The Directorate is part of the government administration under the Ministry of Justice and Public Security. NCIS is the National centre of expertise for the Norwegian police and retains excellence in the conduct and directing of criminal investigations, and provides investigative support to local police forces. Among its key roles, NCIS is the Norwegian point of contact for international police cooperation, is the data controller for national police databases and hosts the National police forensic laboratory. The National Cybercrime Centre (NC3) was established in 2019 and is organised as part of the NCIS. NC3 has dedicated resources for digital forensics, internet investigations, online sexual abuse and cybercrime.

Synacktiv is a IT security company founded in 2012 by several security experts. It’s main area of expertise are:
• penetration testing and security audits reverse-engineering and vulnerability research
• development of offensive security tools supporting its activities (penetration testing and vulnerability research)
Synacktiv has received the CESTI accreditation by ANSSI (French National Agency for Computer Security) since June 2016. Synacktiv currently employs a team of more than 50 security experts. It operates mainly in France from its 4 offices in Paris, Toulouse, Lyon and Rennes.